Understanding the fuel of atmospheric chemistry: Comprehensive analyses of volatile organic compounds (VOC) measured from aircraft missions in the past decade (2010-19)

Volatile organic compounds (VOC) and their secondary products degrade human health, modulate the atmosphere’s self-cleaning capacity, and alter Earth’s climate on short timescales through formation of ozone and secondary aerosol. Current scientific understanding of atmospheric VOCs is limited in several important respects. A large number of well-instrumented aircraft missions have been conducted in the past decade, providing a wealth of new information for addressing these gaps. This dissertation research focuses on integrated analyses of these datasets using a chemical transport model (GEOS-Chem) to advance our knowledge of the sources and fate of VOCs.

From an integrated analysis of aircraft campaigns conducted over North America between 2010 and 2014, biogenic emissions are identified as the predominant source of reactive organic carbon even over many major cities. Current state-of-the-art modeling persistently underestimates the abundance of VOCs in the upper troposphere due to inadequate treatment of vertical transport. However, the overall model-observation differences are dominated by a modest number of individual compounds that merit prioritization in future work.

Next, the budget of formic acid (HCOOH) in the remote atmosphere is characterized for the first time using in-situ measurements, based on observations collected during the 2016-2018 ATom aircraft mission. Background HCOOH levels are well-captured by the model without the need to invoke a broad-scale missing source in the remote atmosphere, as had previously been suggested. The dataset shows clear evidence of HCOOH wet scavenging and ocean uptake, with the former underestimated and the latter well-captured by the current model treatment. Fire and other pollution sources are the main drivers of HCOOH variability in remote environments, with HCOOH found to be an unexpectedly large gas-phase reactive organic carbon reservoir in aged fire plumes.

I apply data from the 2015-2017 NAAMES campaigns to perform the first direct, aircraft-based quantification of ocean-atmosphere VOC fluxes over the ocean. Eddy covariance analyses over the Western Subarctic Atlantic reveal net ocean emissions of dimethyl sulfide, primarily deposition of methanol and acetone, and bidirectional exchanges for acetaldehyde, acetonitrile and methyl ethyl ketone. The largest fluxes are seen during a low-pressure system driven by extremely unstable weather conditions.

Finally, methane fluxes in the eastern US are constrained through inverse analysis of airborne data from the 2016-2019 ACT-America study. A GEOS-Chem adjoint inversion framework indicates that current bottom-up inventories underestimate oil and natural gas emissions in the southcentral US and livestock emissions in the central US. Northern wetlands tend to release much lower methane than prior estimates, while seasonally varying biases are seen along the southeastern US coast.

In partial fulfillment of the requirements for the doctoral degree in the Graduate Program in Land and Atmospheric Science. 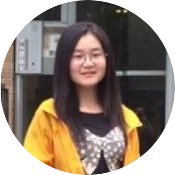